Enteractive takes on the Winter Olympics

Stepping into the Enteractive offices, you’re immediately hit with an intense sport vibe buzzing back and forth from agent to agent. So when your daily job revolves around anything sport related, something as big as The Winter Olympics was always going to heat things up.

Never the ones to shy away from a little friendly competition, we took the opportunity to search for Enteractive’s top Olympian. Now don’t get us wrong, we weren’t trying to seek out the next Lindsey Vonn undercover as one of our staff members, but you can’t blame us for trying.

We know what you’re thinking, how could we replicate the Winter Olympic games when our offices are based in sunny Malta with an average temperature of 18° and absolutely no sign of snow? Well that is where creativity had to step in!

With the introduction of our newly built media wall, the Olympic games were played throughout the day echoing the spirit of the games through to our offices. Limited with the lack of ski resorts or ice rinks, and in order to make the tournament as fun as possible for everyone, we decided to turn things old school. Think mini golf, ball throwing, football shoot outs and ring tossing… all the games we grew up playing indoors regardless of your nationality.

However, seeing as we were trying to replicate the Winter Olympics after all, we had to include some winter specific games, which also gave our Scandinavian colleagues some time to shine. We introduced a simple ice hockey net, a makeshift curling sheet and a biathlon range, which with a little imagination from the team worked out perfectly. 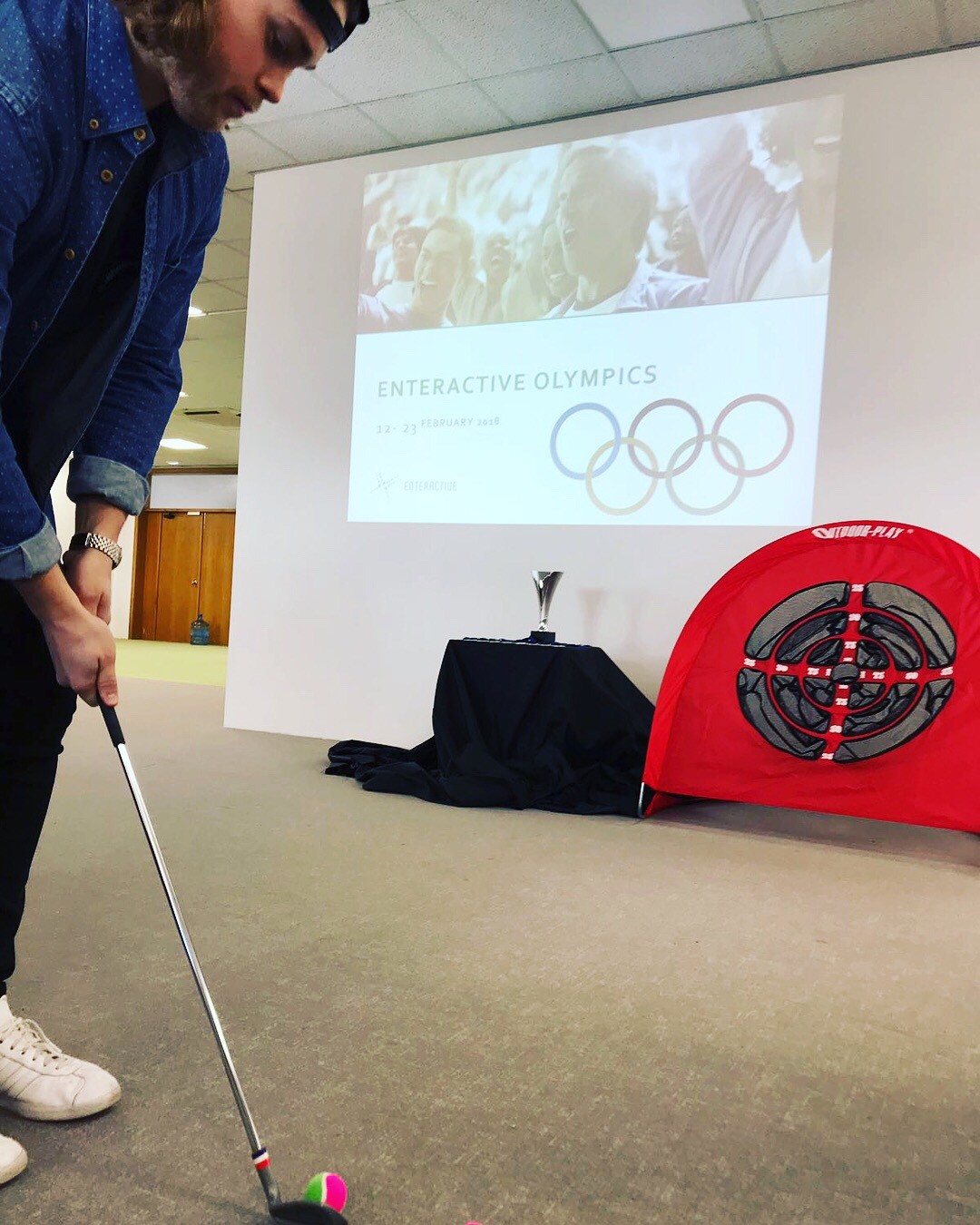 Who will go home with the Gold?

The 10-day tournament allowed staff to compete for their very own Enteractive Olympic gold medal, culminating with the winner awarded the most medals going home with the tournament trophy. This year’s trophy was awarded to our Finnish agent Jaakko, who won a total of 3 Medals. The tournament also proved that our Finnish team consists of the strongest Olympians, with the country taking home 8 out of 10 gold medals.

At Enteractive we’re always looking for different ways of changing the game, be it through our services and our company culture. With that in mind, internal retention amongst staff has played a pinnacle role within our HR strategy. Unlike typical sales agent and customer support roles, which tend to have a faster churn rate, we have fought to invest in a fun yet supportive company culture which has helped retain staff in order to form our Enteractive Family.

Friendly tournaments are just the start of activities that are organised to not only ensure employee satisfaction, but focus on staff engagement. Staff events and outings are given utmost importance in Enteractive’s yearly calendar.

According to a study. “54% of millennials cite their benefits as a determining factor in deciding where to work,” whilst “71% of employees who say that they’re happy with their benefits also say that they’re loyal to their companies.” We focus on building strong relationships with the people you have to spend the majority of your days with, to evidently lead to a happier working environment and increased productivity. 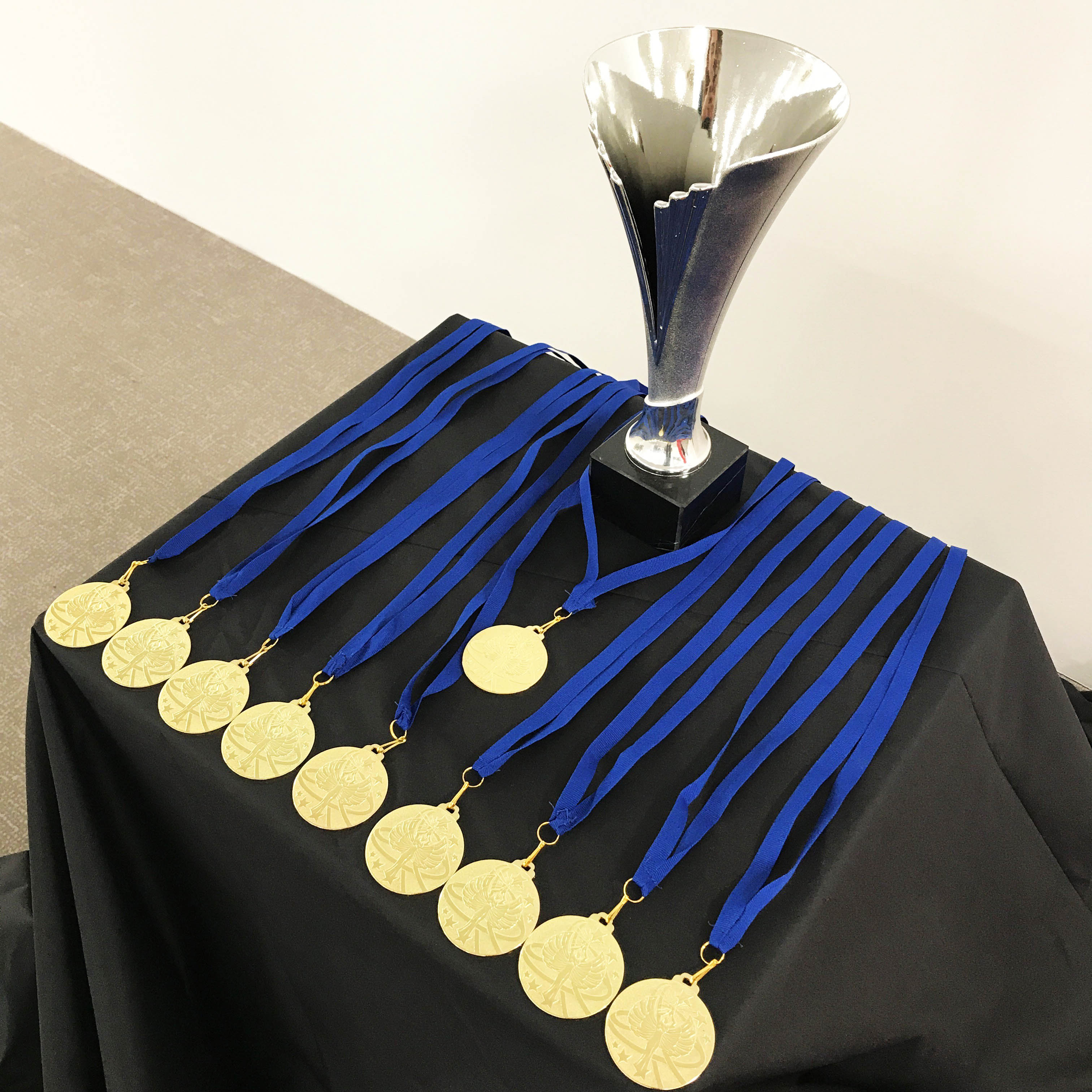 Other company benefits include healthy, well balanced breakfast and lunches freshly cooked for every staff member during the week, plus a personal cleaner for your home. We are constantly on the lookout for enthusiastic team players to join our Enteractive family. If you feel like we’d be the right fit for you, contact our HR Manager Anthony Micallef at anthony.micallef@enteractive.se.