Enteractive has once again partnered with Padel Malta to host Malta’s only iGaming Padel League, following the success of the first league in 2020. 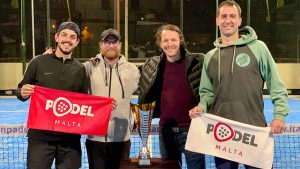 Teams will battle it out over 11 weeks, with the top four teams in each division earning a place in the semi-finals and finals to be held in late May 2021.

Those interested to enter a team should visit the registration page to confirm their interest, with all teams to be chosen and notified by Weds 24th February.

If you have any questions about the league, please email julian.moore@enteractive.se

Any iGaming company interested to enter a team for the Enteractive iGaming Padel League Spring 2021 should register at pages.enteractive.com/padel_league_2021_spring and we will be in touch to confirm details.