In 2020, the Romanian iGaming market is viewed by many as having reached maturity and offering competitiveness and bankable profits. As a relatively new marketplace, the country has allowed the iGaming sector to thrive, and is increasingly attracting new companies such as Iforium, BF Games, and Playson.

It was just four years ago, in 2016, that new legislation from Romanian gambling regulator Oficiul National Pentru Jocuri de Noroc (ONJN) implemented robust regulations for gambling operators to offer services to players in the country. A few updates have continued to improve regulation in the country since then, helping Romania to create one of the best environments for operators, suppliers and players alike. With a reasonable tax level and solid licensing requirements for all, including third party suppliers, Romania’s iGaming ecosystem has increasingly proved a popular market for responsible operators.

Famously rich in sporting culture, there’s a strong interest in sports betting amongst Romanian players, with some of the most popular sports to wager on including football, basketball and tennis. The country’s two leading bookmakers, Romania’s own Superbet and Czech group Fortuna Entertainment lead the way, having signed sportsbook deals with different European bookmaker brands. Slots and table games are also amongst the highest traffic drivers, with a variety of games that will appeal to different players.

In the last couple of years, Romania has seen fast growth in the iGaming sector, with massive brands like Habanero, GiG, Digitain and Pariplay eagerly entering the market. There’s a feeling of gold rush as opportunities reveal themselves, and iGaming giants manoeuvre to find a way into the Romanian gaming space. 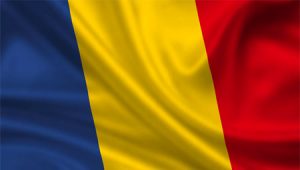 Romania, one of the most exciting markets Central Europe has to offer!

Enteractive started providing our (Re)Activation Cloud solution in this market in April 2020, and we’ve already found the players to be open and friendly in our one-to-one player conversations.

So far, we’ve seen some fantastic stats pointing towards the potential value in the country’s iGaming sector. Of the player conversations conducted by Enteractive on behalf of our operator partners, around 75% of those contacted were interested to chat, with just 1% opting out from further calls.

Responsible Gambling is also key to the Romanian market, and keeping players safe and engaged means strong health prospects for the future of the region’s iGaming market. Enteractive’s (Re)activation agents are all trained in handling responsible gambling issues, and every player conversation includes checks on the wellness of players and potential gambling risks.

In our conversation data we found just 1% were concerned about gambling problems, which is one of the lowest rates in Europe. As the leading engagement and retention provider for the iGaming sector, calling players for one-to-one conversations, Enteractive plays an important role as a ‘first responder’ when it comes to operators’ Responsible Gambling efforts.

Most of all, our teams love working on the Romania market, reporting high answering rate and long conversation duration (38% higher than average). We call around 300 players each day and find them keen to listen as well as chat with us. The feedback we’ve had shows that players are more interested in no-nonsense, uncomplicated bonuses than convoluted offers. Keeping bonus offers simple means they’ll act upon them and return to a brand to enjoy the entertainment!

See your conversions and re-activations sky-rocket in Romania:

If you’re interested to boost your player engagement and bring back your lapsed or dormant players, contact our Head of Business Development, Andrew Foster, at andrew.foster@enteractive.se